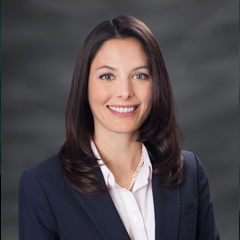 Ms. Ball received her Bachelor of Arts Degree in Sociology from the University of Southern California in 2007. She then earned her Juris Doctor Degree from Loyola Law School, Los Angeles, in 2012, where she held leadership roles in the Public Interest Law Foundation and was actively involved in the Income Tax Assistance Program. While attending Loyola, her achievements were recognized through various awards including the Public Interest Law Foundation Scholarship; the Sande Buhai Public Interest Award; and the Loyola Law School Alumni Association Board of Governors Award.

While earning her law degree, she clerked for the Honorable Judge Michael I. Levanas (Probate Court) and the Honorable Judge Rolf Treu (Civil Court), of the Los Angeles Superior Court; as well as for the Office of the County Counsel, Probate Division.

Return to Our Team Page >

University of Southern California
Bachelor of Arts in Sociology (2007)